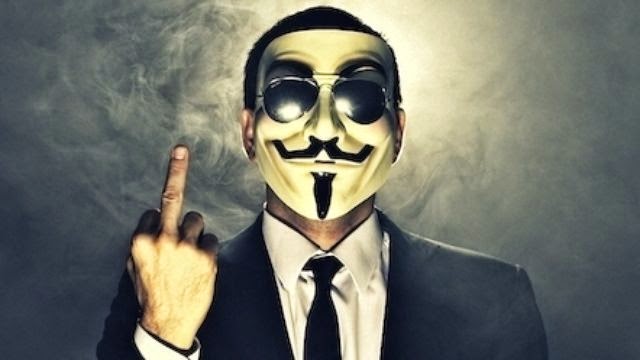 The UK Mirror reports a hacking crossfire between Anonymous Protection—a branch of famed hacker collective Anonymous—and the Lizard Squad, which has lately been renting itself out as a band of cyber-attack mercenaries, while threatening to release nude photos of singer Taylor Swift in its spare time.

As the Mirror recounts, this attack was carried out in retaliation for Lizard Squad threats against Anonymous, plus extremely annoying denial-of-service attacks carried against the Xbox and PlayStation gaming networks on Christmas Day. The Lizard Squad claims to have been behind the North Korean Internet crash in December. They’ve been named as the culprits behind Facebook and Instagram crashes just this week. They also hacked the website of the unfortunate Malaysia Airlines, littering the site with phony threats from ISIS and replacing the home page with a supremely tasteless riff on the standard error message for missing web pages: “404 – PLANE NOT FOUND.” lizard_squad_hack

It’s hard to know your hacker collectives without a scorecard these days, since new groups pull off headline-grabbing attacks on such a regular basis, but contrary to all the ISIS and “cyber caliphate” references, the Lizard Squad does not appear to be linked to the terrorist state.

They remain one of the more enigmatic hacker groups, without much in the way of a defining agenda thus far, although members interviewed under pseudonyms have claimed they want to demonstrate how easily major commercial networks such as Microsoft’s can be penetrated, to shame the companies into developing better security measures.

The Anonymous hacker collective has increasingly been at odds with the Lizard Squad, angrily warning them in December to stop messing around with the encrypted “dark web” network Tor. At the height of its attack, the Lizard Squad took control of almost half of Tor’s relays, using what it alleged were “zero-day” security flaws completely unknown to network engineers, as part of its mission to demonstrate that secure websites are not as secure as their proprietors claim. This angered Anonymous because the Tor network is used by dissidents and whistleblowers seeking to evade monitoring by corrupt governments.

With all these hacker wars raging, using the Internet for constructive purposes is getting to be like crossing a Wild West street during a shootout.
Posted by ElMirador at 4:57 AM